This week’s journey takes us back to one of our favorite cities in the world: chaotic, vibrant, magnificent London. We’ve both spent a lot of time in this incredible metropolis over the years, but this occasion – a weekend getaway to celebrate Tito’s 35th birthday in 2016 – was one of the few instances we found ourselves in the city together. Today we look back at one dizzying 24 hour period in the English capital, exploring and enjoying a handful of its most iconic sights.

We started our day in the city of Westminster at the foot of its famed abbey. In the 1040s, King Edward (later St. Edward the Confessor) established his royal residence a short distance away on the banks of the River Thames. A small Benedictine monastery nearby, originally founded in 960 AD, was greatly expanded under his reign, and a large stone church dedicated to St. Peter the Apostle was erected on the site. This church later became known as “west minster”, an attempt to differentiate it from St. Paul’s Cathedral (the east minster) in the city of London, as well as the setting for every royal coronation since William the Conqueror in 1066. The abbey and its grounds are also the resting place for over 3,000 Great Britons, including multiple monarchs and notable members of the public.

It cost an arm and a leg to enter – $50+ for the two of us, no audio guide included – but we decided it was a once-in-a-lifetime opportunity and headed inside. The interior of the main abbey, particularly the Henry VII Chapel, is absolutely breathtaking, but we were so disappointed that photographs were prohibited here (and strictly so). Once in a lifetime indeed – we’re glad we went, but aren’t likely to return. 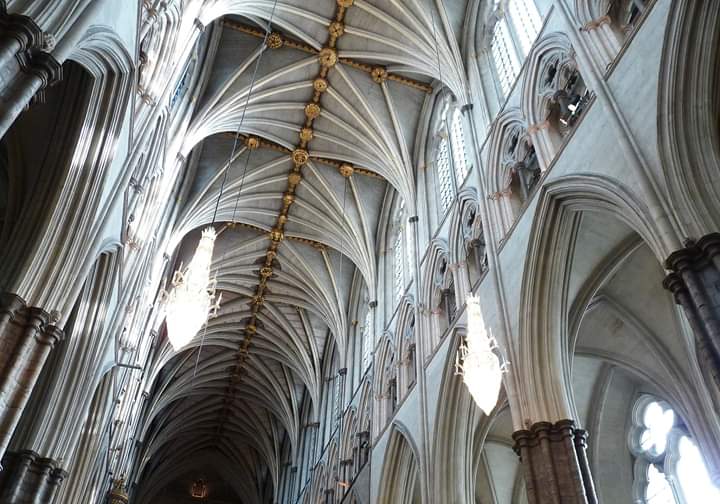 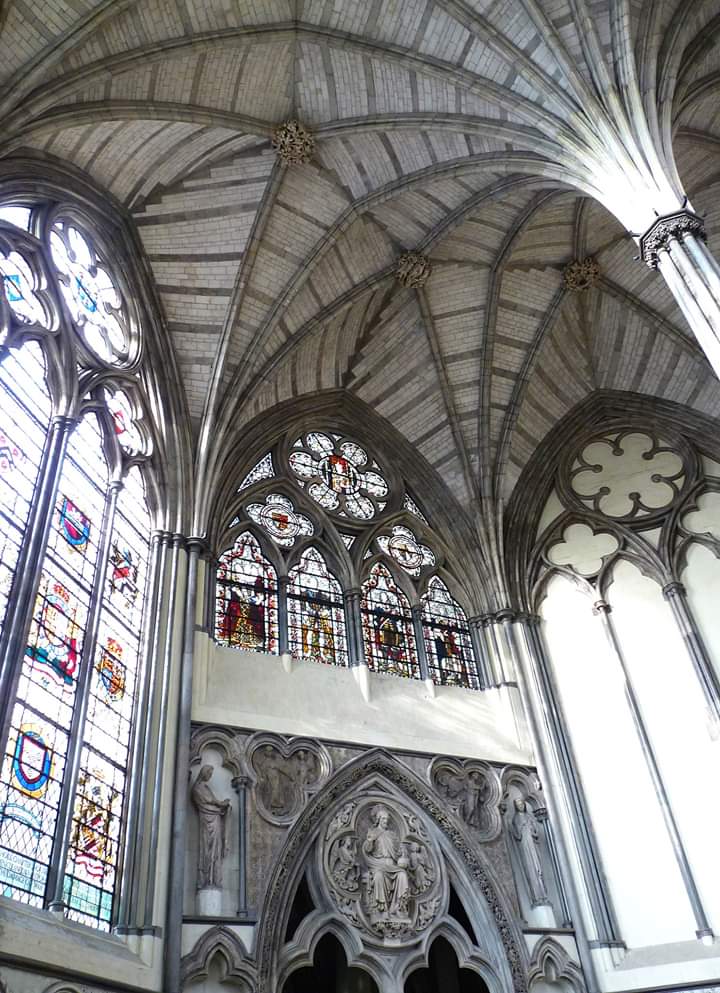 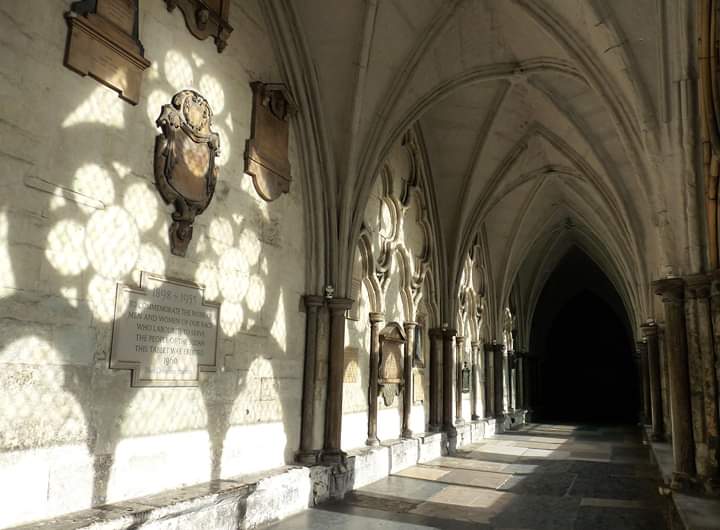 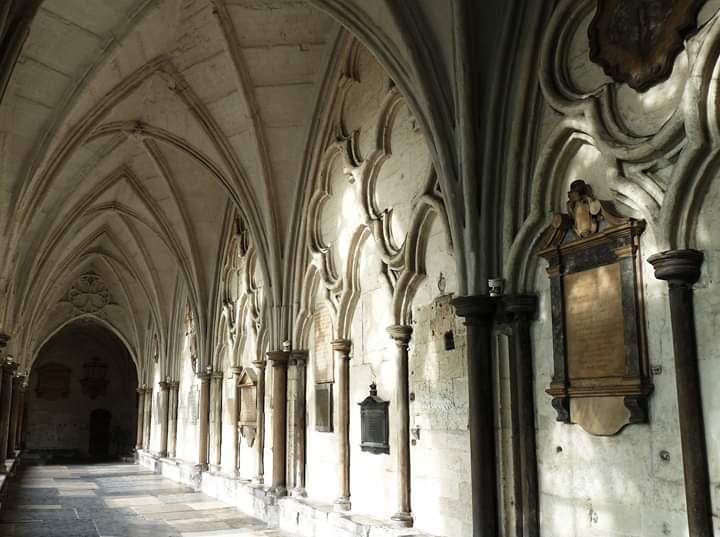 We were famished after wandering through the abbey for a couple of hours, and made a beeline down Victoria Street toward The Albert pub for lunch. Built in 1862 by the Artillery Brewery, the pub retains its Victorian features and striking facade after surviving the Blitz undamaged during World War II. The staff was lovely and we enjoyed our drinks and meal immensely. 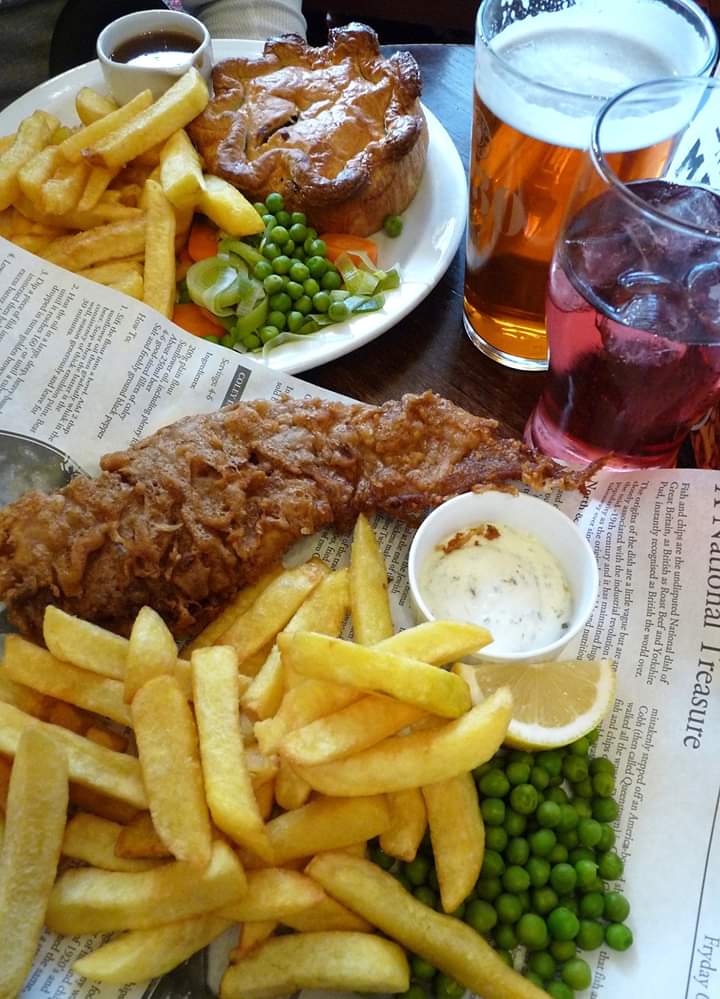 After lunch, we walked to the nearest Underground station – Victoria – and made the short 10 minute journey along the Circle Line to Tower Hill. Our destination was one of the city’s most infamous and terrifying landmarks: the Tower of London. Although the Tower has rightly earned its prominence and notoriety over the years, it began in 1066 as a royal residence, erected during the Norman conquest of England by William the Conqueror. Its imposing structure – an inner stone fortress known as the White Tower, surrounded by two concentric defensive curtains and a large moat – was designed not only to dominate the London skyline, but also the hearts and minds of its defeated inhabitants. It immediately served its purpose,  becoming a resented symbol of oppression, subjugation and terror.

A luxurious royal residence from the late 11th to early 17th century, the Tower also served as a prison from 1100 to 1952, housing some of the nation’s most famous “criminals”, including Guy Fawkes, Lady Jane Grey and the future Elizabeth I. Tower Green – the grassy area surrounding the White Tower – was also the site of execution for two wives of Henry VIII: Catherine Howard and Anne Boleyn. An apparition – believed to be the ghost of the latter – is rumored to roam the Green with her severed head tucked beneath an arm. Other ghosts – including that of Henry VI, assassinated in the Tower chapel in 1471, and the child princes of his rival Edward IV, who vanished here in 1483 – are also reported to haunt the castle halls.

Throughout history, the Tower has housed other, far more mundane institutions, including the Royal Mint, an armory, a treasury, a public records office and a zoo. From the 14th century until the reign of Charles II, a procession would be led from here to Westminster Abbey on the occasion of the monarch’s coronation. Today, the Tower is one of London’s most popular tourist attractions, famed for its bloody history, the impressive array of battle instruments in the White Tower (more on that below), and the extraordinary collection of rooms containing the Crown Jewels. 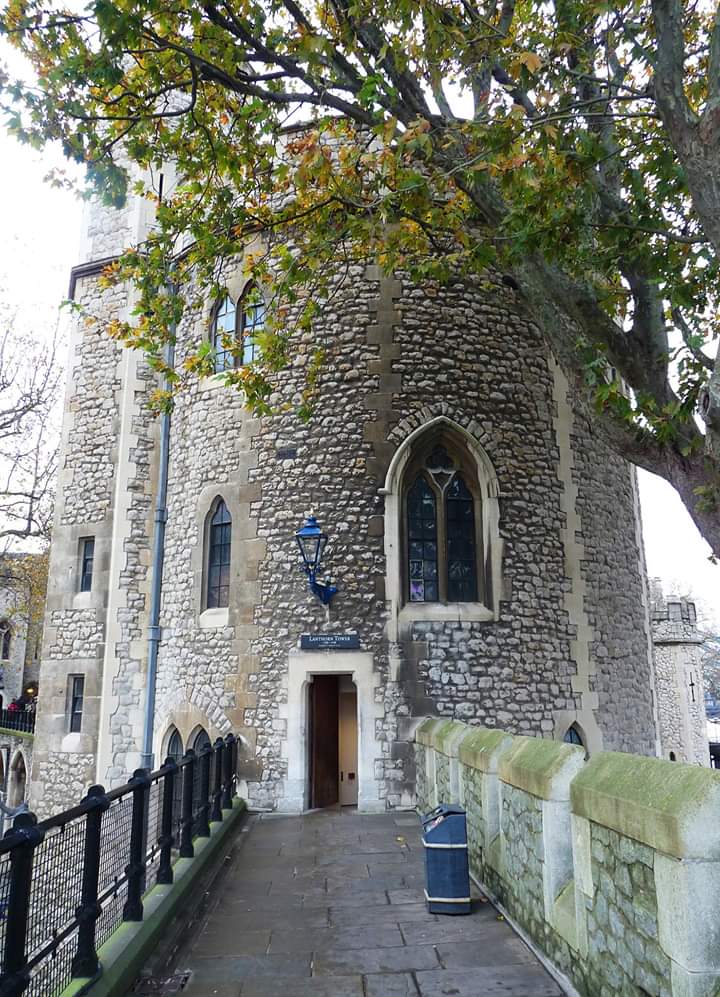 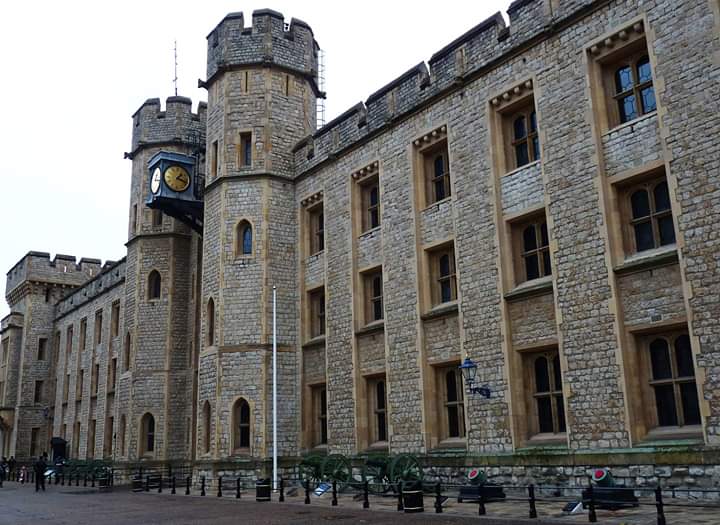 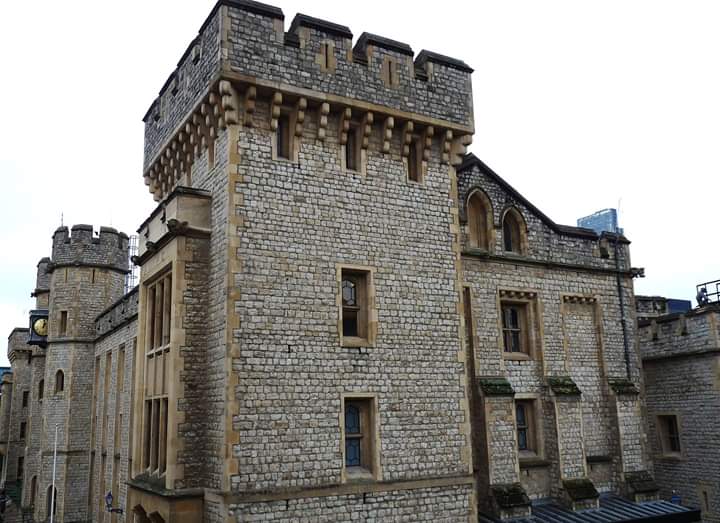 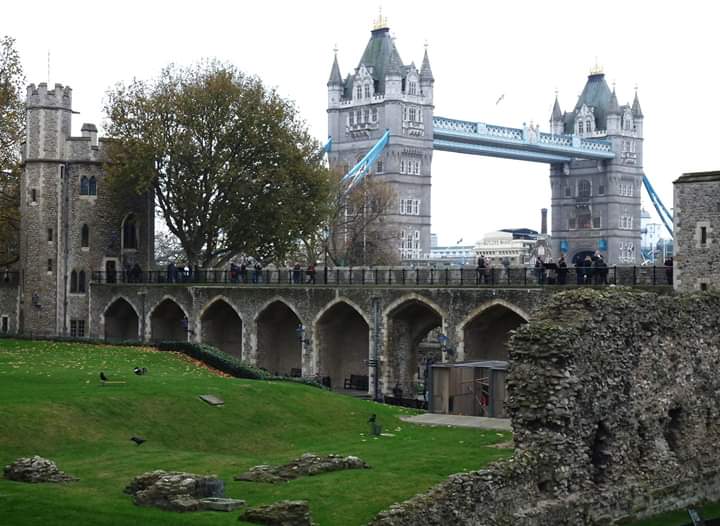 A group of at least six captive ravens live at the Tower, tended by the Ravenmaster of the Yeomen Warders (dream job!). Although wild ravens were once common throughout Britain, including in major urban centers, their numbers have dwindled considerably, and the origin of the Tower’s ravens remains steeped in mystery and legend. The earliest known reference to them is in an illustration from 1883. They are apparently rather vocal and very mischievous, but were delightfully well-mannered during our visit.

The White Tower – the fortress in the center of the castle complex – currently houses the historic Royal Armoury, as well as a museum showcasing instruments of interrogation and torture. The highlight of our walk through this section was the 350-year-old Line of Kings exhibition, featuring battle and tournament armor worn by kings, noblemen and common soldiers throughout the nation’s history. 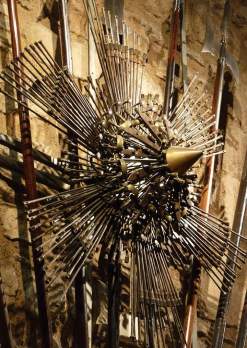 For security purposes, no photos were permitted inside the rooms housing the Crown Jewels. Suffice to say, it was quite a collection of gems!

Directly adjacent to the Tower of London stands Tower Bridge, one of the city’s most recognizable spans across the River Thames. Built between 1886 and 1894, the bridge consists of two towers connected at the upper level by two horizontal walkways, designed to withstand the forces imposed by the suspended sections of the bridge on the landward sides of the towers. The bridge deck is freely open to both vehicles and pedestrians, while the towers, walkways and Victorian engine rooms are accessible with an entry fee. 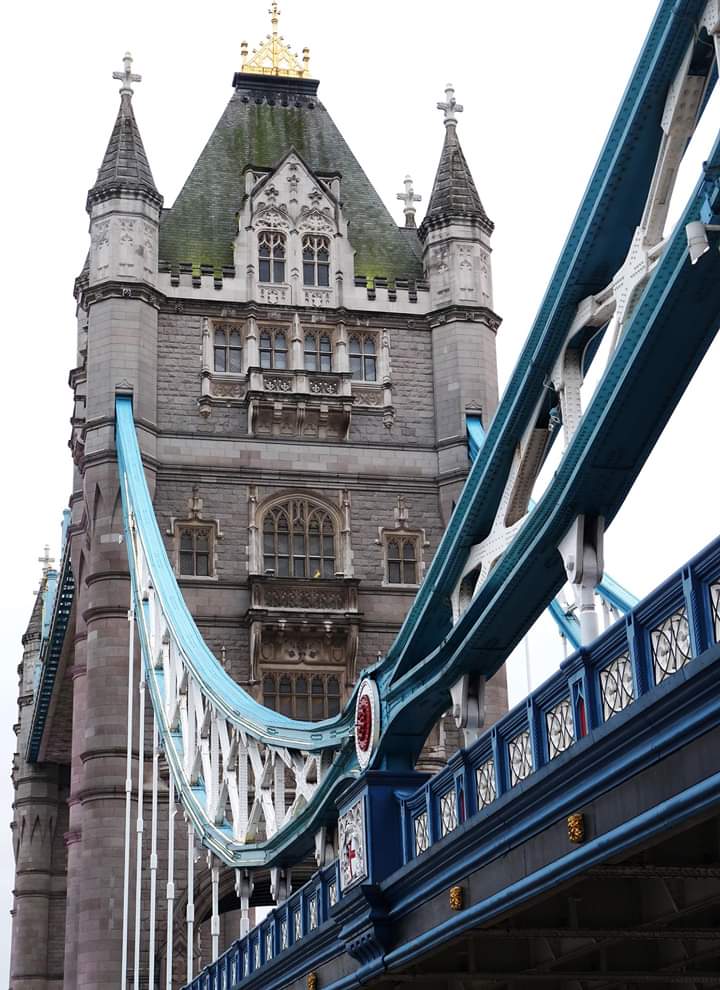 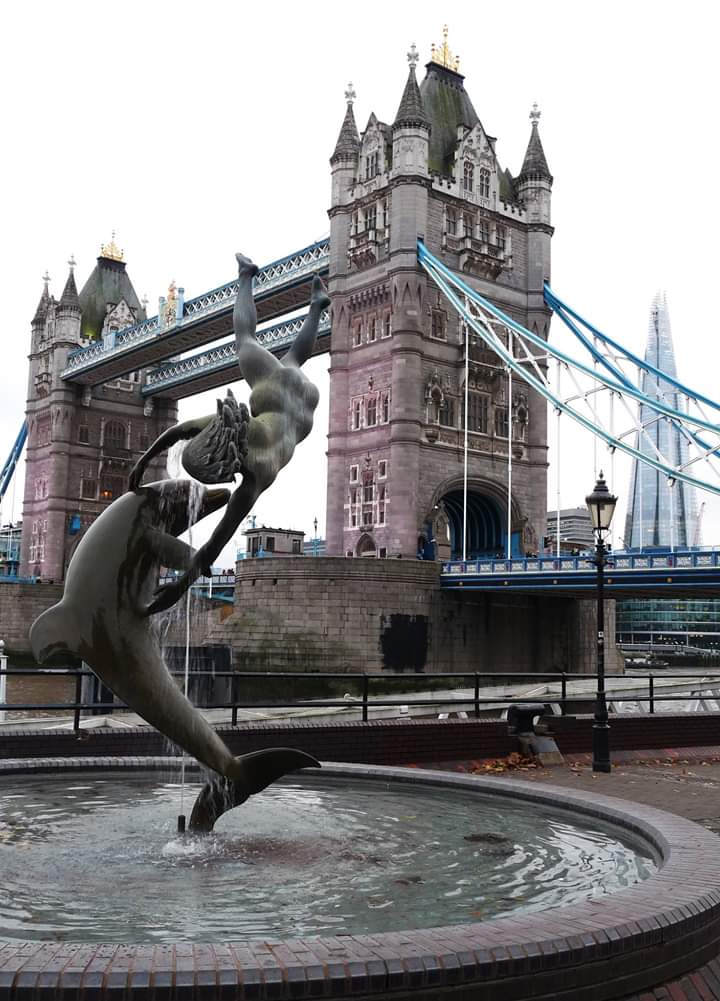 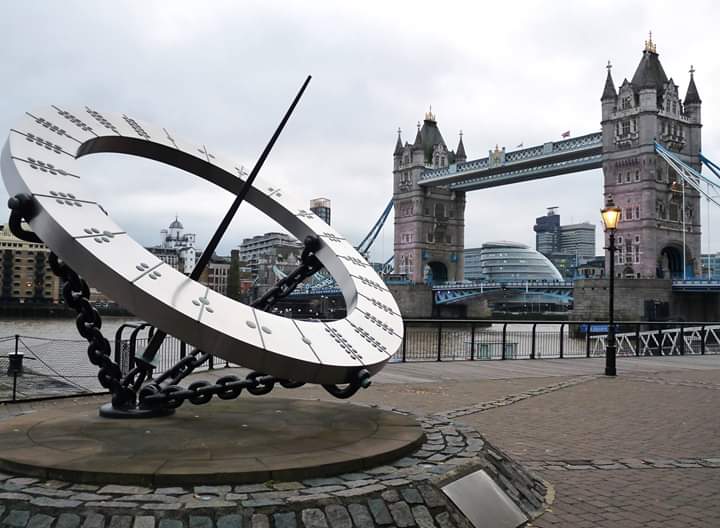 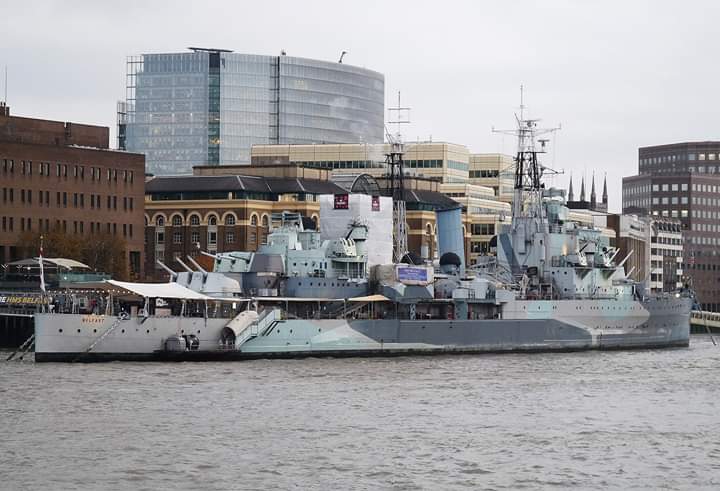 We ended up spending more time than we intended at the Tower, and had to hustle – via a very expensive cab journey, rather than a wiser but slower trip via the London Overground – to pick up our tickets for the highlight of our visit: a match at White Hart Lane, home to Brooke’s favorite football club, Tottenham Hotspur. Built in 1898 in North London, White Hart Lane served as the home ground for Spurs from 1899 to 2017, when it was demolished and replaced with Tottenham Hotspur Stadium. It was such a treat to visit the historic stadium during one of the team’s last matches here.

Brooke has been a Tottenham supporter since her days living in the UK, and since we were miles away from Tito’s home ground at Old Trafford, he settled for a birthday match in London against West Ham United. This was probably the most dramatic and suspenseful sporting event we’ve ever attended in person, and it ended with a Spurs victory! The perfect way to finish a wonderful day in London. 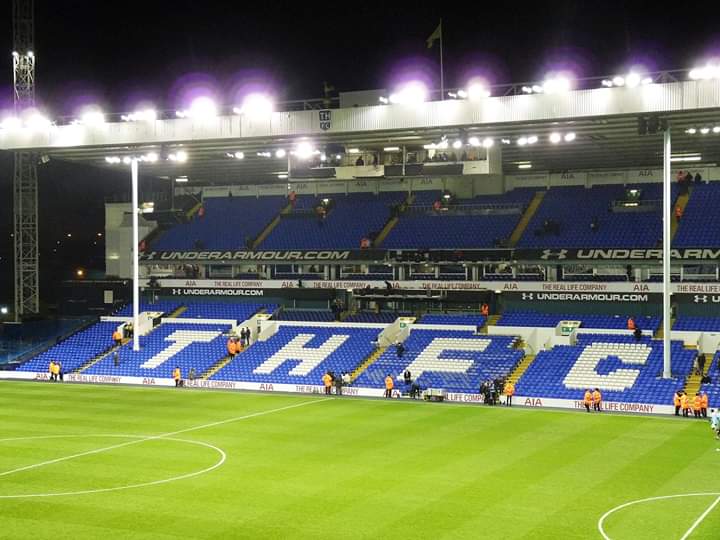 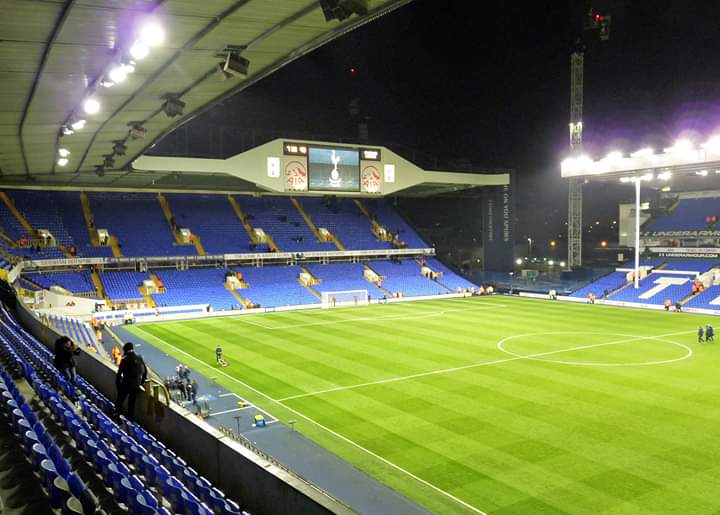 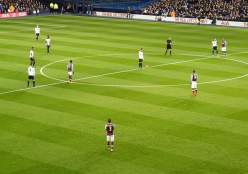 Thank you for joining us on this London adventure! -Tito & Brooke June

Our next journey: Hallstatt, Austria