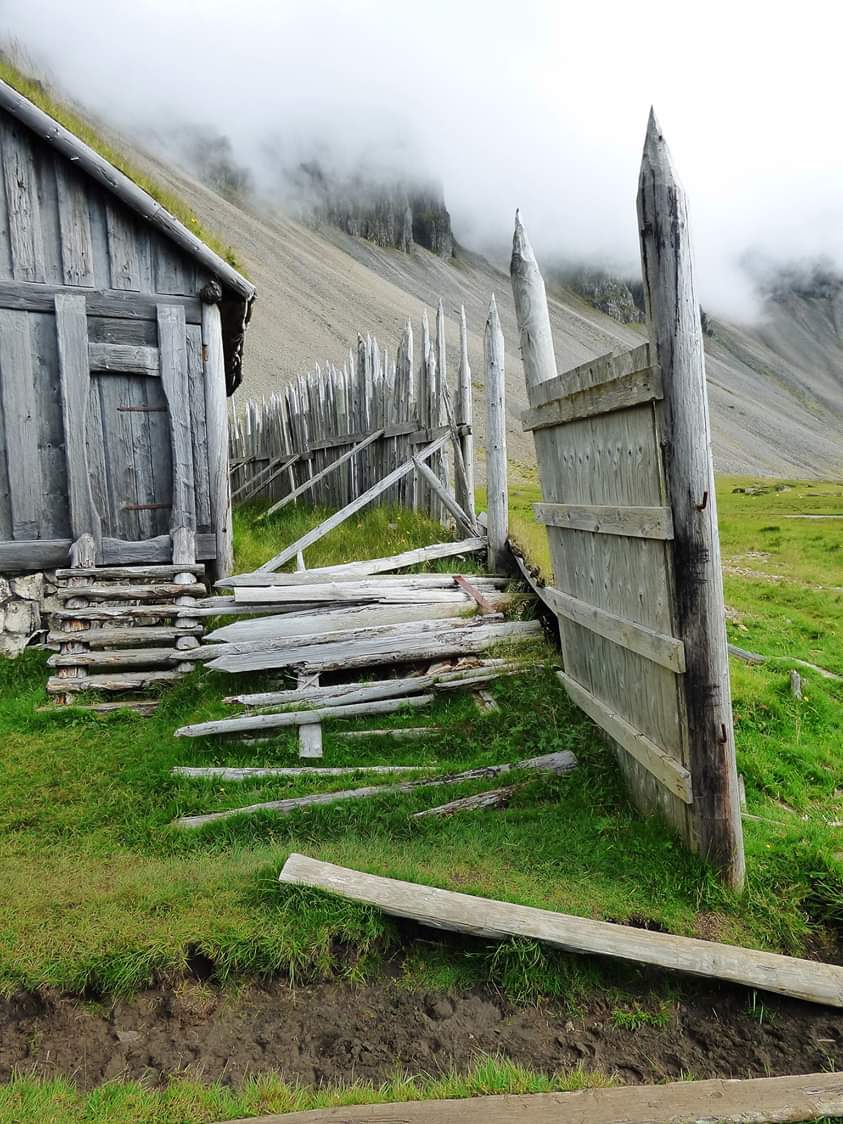 This week’s journey takes us back to one of our most unusual finds on last summer’s epic roadtrip through Iceland: a “Viking village” on the desolate shores of the country’s Stokksnes peninsula. Firmly rooted in modern times despite its pretension to an ancient past, this enigmatic settlement is an attraction unlike any other in Iceland.

We stumbled across the village by accident, on a morning drive from our apartment in nearby Höfn (on the southeastern expanse of the country’s famed Ring Road, approximately 450km/280mi miles east of Reykjavik) on a cloudy morning in July 2018. We intended to briefly explore the black sand beaches of Stokksnes before a long drive back to the capital, when we encountered a bit of an unexpected obstacle: an access fee. [Charging a fee to access private land is, of course, the owners’ prerogative, but it is an uncommon practice in Iceland.] The fee applied both to beach access and admission to what the staff at the cafe/ticket office vaguely referred to as “the old farm”. Still interested in a walk on the beach, and our curiosity piqued by the opportunity to explore an Icelandic farmstead, we ponied up the fee of 800 ISK (roughly 7 USD) per person, and set off on the 10-minute walk down a small gravel road.

What we found at the base of the road was not at all what we were expecting: a small collection of deteriorating wooden structures distinctly Norse in architecture, mired in damp, muddy grass and partially enclosed by a fragmented wooden fence. With the exception of a handful of horses grazing in the distance, nothing about the site suggested it had ever been used as a farm. What on Earth was this place?! Few signs offered visitors any information about its origins, so we were left to explore the settlement in a state of both wonder and confusion.

It was not until we managed to find a wi-fi signal hours later that we learned the village was neither “old” nor “farm”, and was in fact an abandoned film set! Built in 2010 for an Icelandic movie that was never filmed, the set has become a local tourist attraction, albeit a somewhat controversial one. Authenticity notwithstanding, we thoroughly enjoyed wandering through the settlement, admiring the craftsmanship and creativity of the set designers. Unfortunately, it didn’t appear the entrance fees had been used to maintain any of the structures on the property; indeed, most were unfit for exploration and in varying states of decay and disrepair. 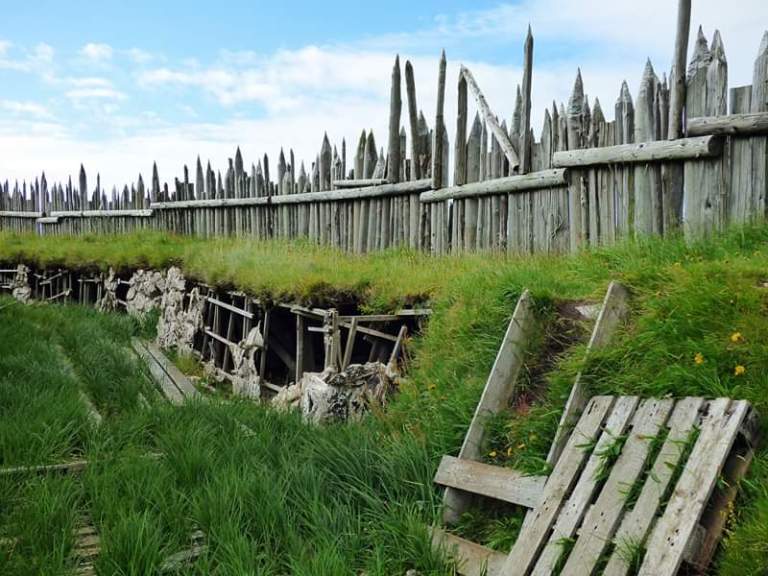 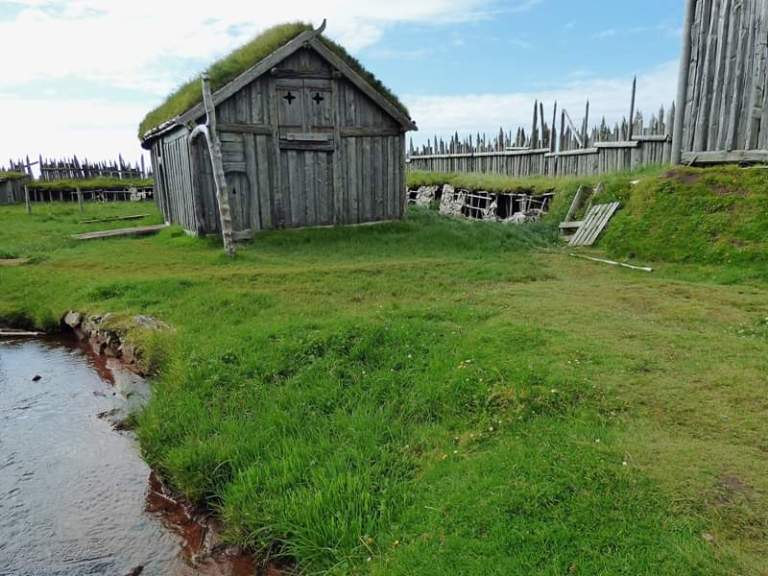 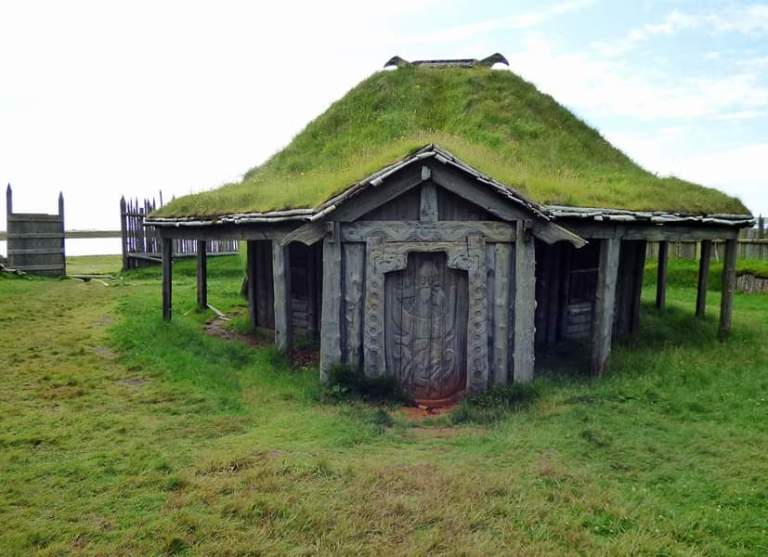 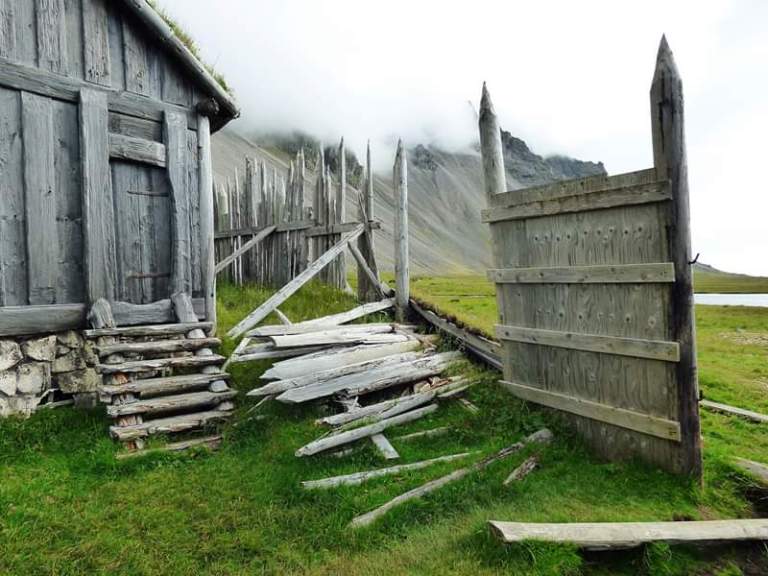 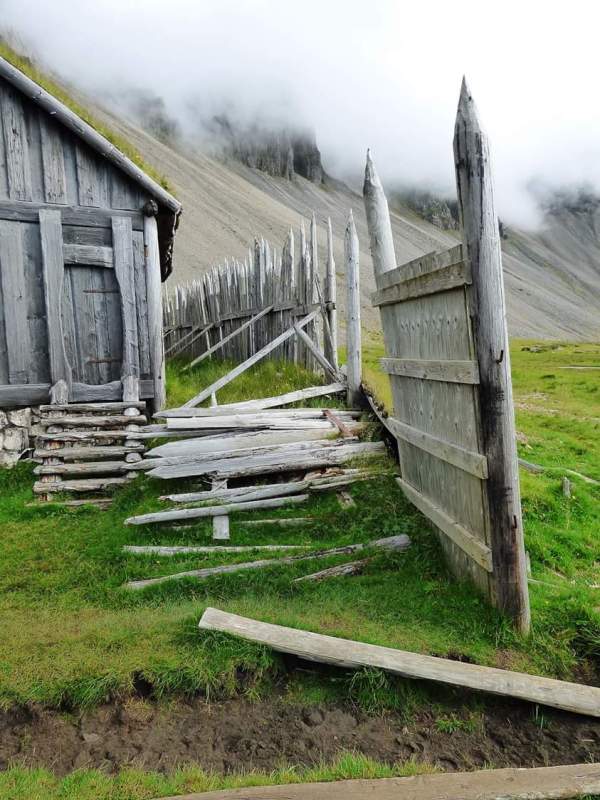 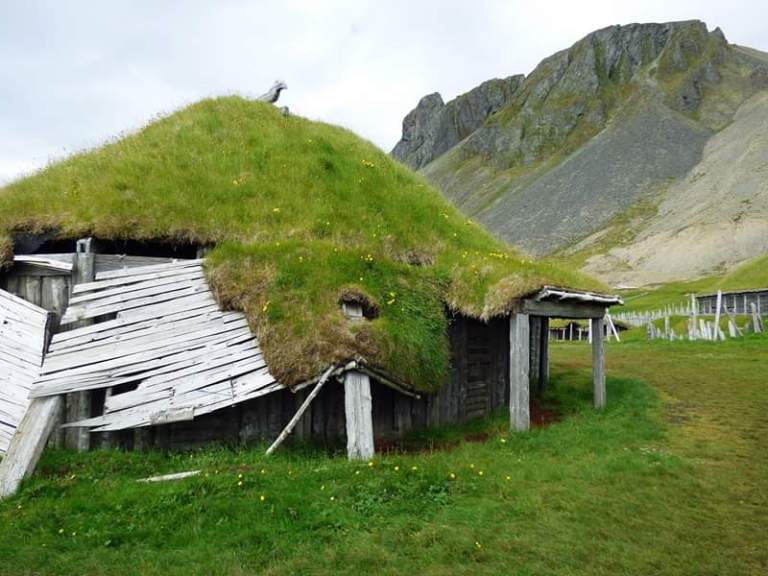 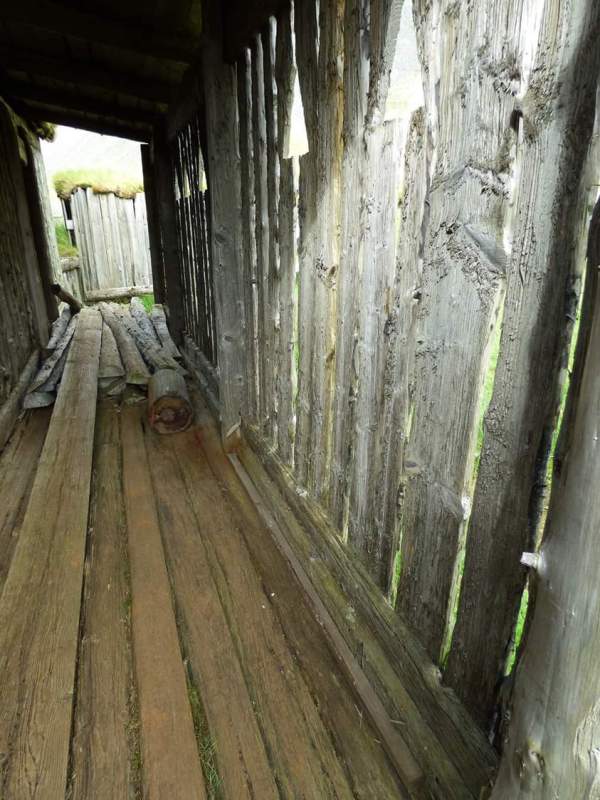 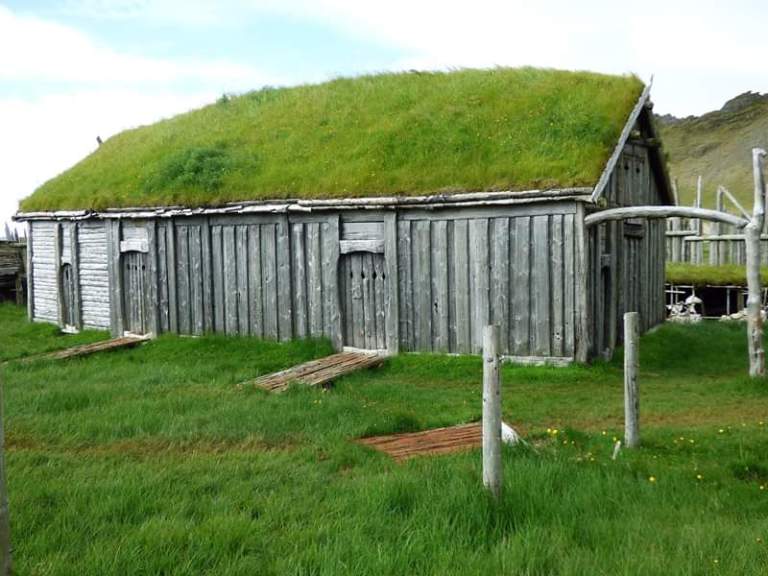 After poking around the village for half an hour, we returned to the cafe and continued our journey along the windswept peninsula. From these isolated dunes, the views of Vestrahorn’s towering peaks were spectacular, even somewhat shrouded in low clouds. This vista alone made our days-long trek from Reykjavik worth every mile. It was absolutely beautiful!

Thank you for joining us on this adventure in eastern Iceland! – the Junes